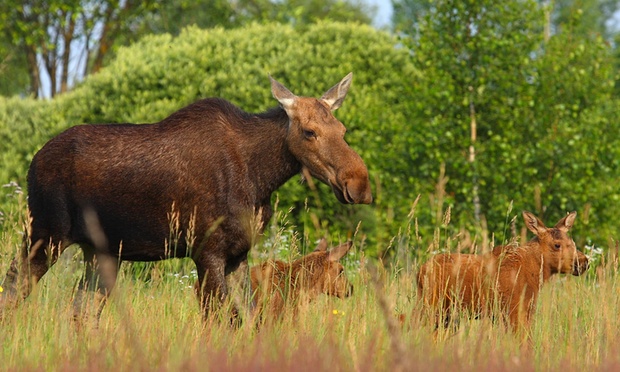 “Wildlife is abundant around the site of the Chernobyl nuclear plant, despite the presence of radiation released by the world’s most catastrophic nuclear explosion nearly three decades ago, researchers have found.

The number of elk, deer and wild boar within the Belarusian half of the Chernobyl exclusion zone today are around the same as those in four nearby uncontaminated nature reserves.

Wolves, which are commonly hunted in the region because of their impact on livestock, were seven times as abundant with the zone, according to a study published on Monday.”